As first semester comes to a close a fourth of our school simultaneously starts to shut down. Seniors,
who all begin to feel the early symptoms of senioritis, slowly decline their workload until they are doing practically nothing. Senioritis can be described as the decrease in motivation toward studies displayed by students who are nearing the end of their high school careers. The warning signs include laziness, a lack of studying, repeated absences and a negative or dismissive attitude. This is brought on by the fact that a large amount of seniors at the conclusion of first semester already have been accepted to college and no longer feel the desire to succeed. It is argued that your grades no longer matter once you have been accepted and to be honest unless you decline so much that you are failing all your classes it is unlikely your college will reject you after acceptance. However failing isn’t something that you should shoot for, so let’s try to keep our grades up! By Tyler Moses 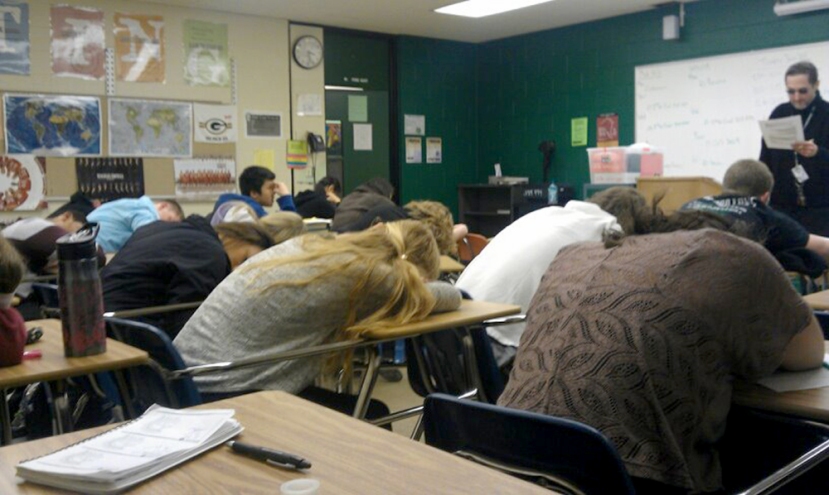 One person continues to fight falling asleep during a senior class while the other have already been taken by senioritis.

Published by JMM Sword and Shield